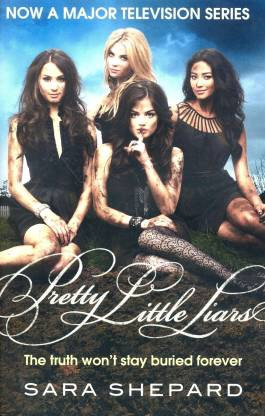 Pretty Little Liars is a darkly entertaining tale revolving around four high school friends who find themselves thrown into a series of gripping changes in their life, providing a storyline filled with suspense, drama lies and intrigue.

Pretty Little Liars is a darkly entertaining tale revolving around four high school friends who find themselves thrown into a series of gripping changes in their life, providing a storyline filled with suspense, drama lies and intrigue.

Summary Of The Book

When Alison mysteriously disappears, her three close friends from middle school, albeit putting on sombre exteriors, are secretly relieved as they all guarded dark secrets that only Alison was privy to. Her sudden disappearance causes a strife between the erstwhile close friends and they break off from each other and lead their own, separate lives.

However, when a few years pass and they find themselves in high school, Aria Montgomery, Emily Fields, Hanna Marin, and Spencer Hastings are haunted by anonymous text messages, emails and notes that are sent to each of them, each divulging a dark secret only Alison knew of, in addition to details about their current life. Each of these notes are signed off with the letter ‘A’. But since Alison hadn’t been seen or heard of in over a year, who was sending them?

The first book of the fourteen part series, its story evolves with growing mistrust and suspicion between the four friends, amidst a fast-paced influential suburb in Pennsylvania which thrives on gossip. Various elements of surprise and an insight into the catty, manipulative and peer-pressure driven lives of the protagonists as they enter the complicated phase of adulthood. Oodles of melodrama and intrigue interspersed with twisting plots revolving around the antagonist ‘A’ make this an entertaining read.

Shepard has authored another mystery/suspense series called The Lying Game. Two Truths and A Lie, The Visibles and Everything We Ever Wanted are books also written by her.

After completing her graduate degree and obtaining a Masters in Fine Arts from Brooklyn College, New York University. Shepard had a series of jobs, but she always nurtured the idea of becoming a serious writer alongside. Her bestselling series, Pretty Little Liars went on to becoming a popular TV show. She currently lives with her dogs and her husband in Philadelphia.
Binding: Paperback
ISBN: 9781907410710, 9781907410710
Language: English
Publisher: Little, Brown Book Group
Pages: 272